"We offer state-of-the-art technologies at exceptional prices. This makes our business model very repeatable and high in customer satisfaction," stated Tom Lindberg, co-founder of Sir Grout. "We are so proud to be considered an exceptional investment for those interested in the grout and hard surface restoration industry. There can be no doubt that our franchise owners play a fundamental role in this success."

To be considered for the Franchise 500 list, Entrepreneur Magazine strictly measures qualities of a company for its success as a franchise investment. Subjective factors such as employee satisfaction are not taken into account  the analysis relies exclusively on objective, quantifiable measures to evaluate each franchise operation. For example, growth rate, financial strength, financial stability, company inception, when the company started franchising, and the various startup costs influence whether or not a company makes the list. Entrepreneur then determines the rank for each company via a formula that combines each of these scores. While 951 companies made it past the first round of evaluation, only a select 500 franchises actually make it onto the list, and this year Sir Grout came in at number 323 (up 7 spots from last year). To view the Entrepreneur Magazine Franchise 500 list in full, click here.

Sir Grout has proven itself to be a strong franchise year after year with six years on the Franchise 500. Financial strength and stability is one of the key ingredients to explaining this sustained success. Since Sir Grout's founding in 2004 and its franchising commencement in 2007, Entrepreneur named Sir Grout a top new franchise and as a top home-based franchise. Moreover, Sir Grout earned the Angie's List Super Service Award in 2014 and 2015. Sir Grout met the rigorous standards of Dale Cardwell's TrustDale Guarantee, receiving the Make It Right Guarantee distinction for customer service in 2015 as well. Receiving these distinctions allows Sir Grout franchise owners to continue providing an exceptional level of customer service to their clientele.

1.61k
Facebook Twitter LinkedIn Pinterest WhatsApp Email Copy link Your browser does not support automatic copying, please select and copy the link in the text box, then paste it where you need it.
Speak to Us
About Franchising 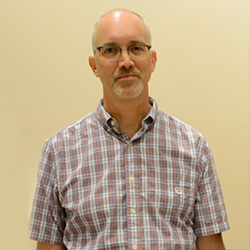