Sir Grout honors its most dedicated franchise members by presenting them with awards at its annual meeting.
1.12k
Facebook Twitter LinkedIn Pinterest WhatsApp Email Copy link Your browser does not support automatic copying, please select and copy the link in the text box, then paste it where you need it.
Each February, Sir Grout gathers together its nationwide hard surface restoration franchises for an annual meeting and award ceremony in sunny Estero Beach, Florida. This is a time for training, bonding, and applauding both each other and the company itself on the completion of another triumphant year. A more in-depth account of Sir Grout's annual convention of tile and grout professionals can be found on its blog. 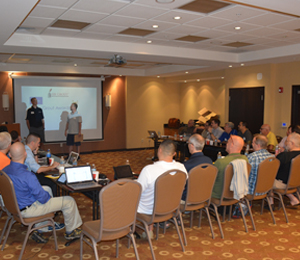 At this year's ceremony, awards were presented to only a select few Sir Grout franchises. The awards that were given this year and their winners are as follows:

The Central New Jersey and New York Sir Grout franchise locations were deemed to be the most worthy rookies to earn this honor due to the hard work and commitment they've demonstrated as new franchises.

On the topic of these acknowledgments, Tom Lindberg, Sir Grout's co-founder, stated, "Bringing all the franchises together and showing our gratitude to them is important to us. The satisfaction provided to our clients across the country proves how lucky we are to have such a motivated team of workers, and it's only right that we take time to reward their hard work. Seeing how well the owners have done with their individual franchises encourages us in our goal of expanding the company to include more locations, so we're always on the lookout for new Sir Grout franchise owners of the same high quality."

For more information on becoming a franchise owner and to discover the whereabouts of the nearest Sir Grout location, visit www.SirGrout.com.

Speak to the Sir Grout Founders

1.12k
Facebook Twitter LinkedIn Pinterest WhatsApp Email Copy link Your browser does not support automatic copying, please select and copy the link in the text box, then paste it where you need it.
Speak to the
Sir Grout Founders 0% Financing Available 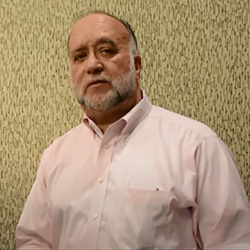 None of the communications on this website should be construed as an offer to sell a franchise. We will not offer any franchise for sale: (1) until your state has duly registered our franchise offering or duly exempted our franchise offering from registration, if your state requires registration or exemption; and (2) until we have duly delivered our franchise disclosure document to you in compliance with applicable law.
Sir Grout Franchise: Franchisee Login | Interested in a Sir Grout Franchise?
This website uses cookies to help provide you the best experience possible. See our Privacy Policy for more information. By continuing without changing your cookie settings within your browser, you are agreeing to our use of cookies.
Accept