Hard Surface Restoration Providers, Sir Grout, Are Named One of Entrepreneur's Top 100 Home Based Franchises for 2013

America's Tile, Grout and Stone Cleaning and Sealing, and Wood Restoration Leader Is Recognized for its Profitable Home-Based Business Model. Click to read complete press release.
1.15k
Facebook Twitter LinkedIn Pinterest WhatsApp Email Copy link Your browser does not support automatic copying, please select and copy the link in the text box, then paste it where you need it.
Cumming, GA - (PRWEB  June 04, 2013) - Since 2009, Sir Grout holds a coveted spot in the competitive Franchise 500 list compiled annually by Entrepreneur Magazine, featuring the most successful franchising businesses in the United States and Canada. This tile and grout cleaning and hard surface restoration provider continues to stand out by ranking in position 89 among the Top 100 Home Based Franchises for 2013, a list that highlights the convenience of running your own business with minimal staff and no retail office space necessary.

For Sir Grout to be featured in this list means its franchising business is reliable, profitable, and constantly expanding. According to Entrepreneur.com, to even be eligible for the Top 100 Home Based Franchises a franchisor needs to have a minimum of 10 units, with at least one unit in the United States. Sir Grout Franchising LLC currently holds no less than 24 franchises serving a wide range of cities in the U.S. from the west to east coast, including Sir Grout of Scottsdale, Sir Grout of Greater Fairfield County, and Sir Grout of Washington DC Metro.

The history of Sir Grout started in 2005 and began franchising in 2007, and in 2011 and 2012 was named by Entrepreneur.com as one of the Top New Franchises. Sir Grout has since quickly expanded overseas and become a leader in the hard surface restoration industry by providing honest quality service. However, it was not just the high standard of service that brought Sir Grout to the Top 100 Home Based Franchises list. Sir Grout has the extra advantage of being a business easily operated without retail office space, reduced overhead expenses and more investment in other areas such as services that improve the life and beauty of its customers' homes. While owning a franchise certainly assists in economic independence, owning a home based franchise like Sir Grout takes that independence one step further.

Becoming a successful Sir Grout franchisee is an easy eight-step process that starts with getting to know the franchise and its benefits. To find more information about the franchising system and review the full list of hard surface restoration services Sir Grout is well known for, visit www.sirgrout.com or call (866) 476-8863.

1.15k
Facebook Twitter LinkedIn Pinterest WhatsApp Email Copy link Your browser does not support automatic copying, please select and copy the link in the text box, then paste it where you need it.
Speak to Us
About Franchising 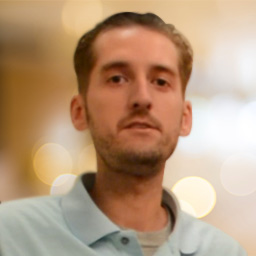